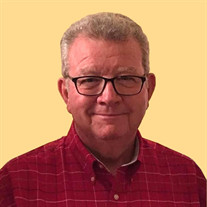 Mr. Willie 'Billy' Auverne Ferguson, Jr., age 70, of Colt, Arkansas, lost his two-year battle with cancer at home, Friday, February, 5, 2021, with family by his side. Billy was born February 13, 1950, to Willie Auverne Sr. and Rita Mullin Ferguson. He married Mona Lisa Austin, July 5, 1969, at the Colt United Methodist Church. He enlisted in the United States Air Force in April 1969. He served as an Aerospace Ground Equipment Repair Technician at Chanute Air Force Base in Rantoul, Illinois, McConnell Air Force Base in Wichita, Kansas, and Kirkland Air Force Base, near Albuquerque, New Mexico. He was also deployed for a year to handle ground support for F-105 and C-130 aircraft at Udorn Royal Thai Air Force Base in Thailand during the Vietnam War. After his honorable discharge from the military in 1975, he went into law enforcement at the Forrest City Police Department. He continued his secondary education at East Arkansas Community College while serving as Chief of Security. Later he completed his schooling at Arkansas State University, where he attained his Bachelors, and Masters in Education Mr. Ferguson significantly impacted the community of Forrest City and Marianna during his tenure in education as a teacher, Assistant Principal, Principal, and Headmaster of several generations of students in St. Francis and Lee Counties. During his time as Principal at Forrest City Middle School, he was an integral part of Systemic Education Reform. Forrest City Middle School was enacted as a host school for the Arkansas Network of Systemic Change of Schools, which was a part of the National Carnegie Middle Grade School State Policy Initiative. Billy was a Charter Member of the Arkansas Association of Middle Level Education, Arkansas Education Association, Forrest City Education Association, the Mississippi Private School Association, and was also elected as Council member for the city of Colt, Arkansas. Billy is survived by his wife, Lisa Ferguson of Colt, three sons; William Tyler Ferguson, and wife, Bridget, of Maud, Oklahoma, Andrew Wesley Ferguson, and wife, Jennifer, of Mechanicsville, Maryland, and Phillip Edward Ferguson, and wife, Kathleen, of Oklahoma City, Oklahoma, a bonus daughter, Charla Huff, and husband Tony, of Elizabeth City, North Carolina, one sister, Sandra McCormick, and husband, David, of Colt, grandchildren; William Tyler Ferguson Jr., and wife, Amber, Jessica Wolfe, and husband, Arron, Kalee Starkey, and husband, Clint, Kelsey Ferguson, Makenzie Tharp, Sunnee Dumas, Halson Sisk, Havianna Huff, Malakai Ferguson, Rowan Ferguson, Cameron Ferguson, great-grandchildren; Corbin Starkey and Emmeryn Wolfe, a Goddaughter, Brittany Baucom, and husband, Caleb, of Rockwall, Texas, and a host of nieces and nephews. He was preceded in death by his father, Willie Auverne Sr., his mother, Rita, and his sister, Winnifred Ruth Ferguson. A memorial service will be held at Stevens Funeral Home Chapel, 5:00 P.M., Friday, February 12, 2021. Visitation will be Friday, 4:00 P.M., until the time of the service, with Stevens Funeral Home in charge of arrangements. The memorial service will be zoomed. You may access the zoom service by clicking on the link under the "Photos and Videos" tab, or by entering Meeting ID: 780 1265 6314 and Passcode: 6vAD7u at Zoom.com. Memorials are to be made to the St. Jude Children's Research Hospital, 501 St. Jude Place, Memphis, Tennessee, 38105-9959. You may log on to stevensfuneralhome.net for the online registry.

The family of Willie 'Billy' Auverne Ferguson Jr. created this Life Tributes page to make it easy to share your memories.

Send flowers to the Ferguson family.