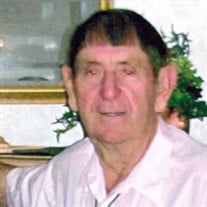 Mr. Ronald Louis Reeves, age 81, of Palestine, died Tuesday, February 23, 2021, at the Methodist Hospital in Germantown, Tennessee. Mr. Reeves was born June 24, 1939, in Palestine, and was the son of David Reeves and Opal Amerson Reeves. He attended school in Moro and continued living in the Palestine community all of his life. He spent most of his adult years farming and running a trucking business, hauling grain for Riceland. His passion was teaching Sunday School and playing his guitar and singing in church. Mr. Reeves married Nell Gray in 1983, his loving and devoted wife for thirty-seven years, survives him, one son, Timmy Reeves, and wife, Angie, of Palestine, three daughters; Delana Williams, and husband, Mike, of Yellville, Arkansas, Janis Whitten, and Kerry Vowell, of Lakeland, Tennessee, and Lynn Conlee, and Gerald Gray, of Hernando, Mississippi, one brother, Jimmy Reeves, and wife, Betty, one sister, Carol Baker, and husband, Johnny, all of Palestine, eleven grandchildren and ten great-grandchildren. He had one brother, Jerry Reeves, who preceded him in death. Services for Mr. Reeves will be held at Stevens Funeral Home Chapel, 10:00 A.M., Saturday, with burial in Mars Hill Cemetery. Stevens Funeral Home is in charge of arrangements. You may log on to stevensfuneralhome.net for the online registry.

The family of Ronald Louis Reeves created this Life Tributes page to make it easy to share your memories.

Send flowers to the Reeves family.