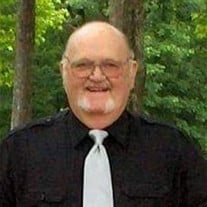 Richard Thomason, age 74, of Lead Hill, Arkansas, died Wednesday, May 1, 2019, at his home, surrounded by family. Richard was born, September 2, 1944, in Forrest City, Arkansas, and was the son of Robert E. Lee Thomason and Zelpha Mae Hobbs Thomason. He was a retired thirty-one year employee for roadway express of Springfield. Richard was married to Wilma Hill Thomason of Palestine. He is survived by his wife, Wilma, two daughters; Stephanie Alexander of Springfield, Missouri, and Renee Thomason Garrison of Branson, Missouri, one son, Oliver Richard Thomason Jr. of Harrison, Arkansas, six grandchildren, Kris, Cody, Taylor, Bethany, Antoinette, and Gage, and three great-grandchildren, Ruger, Bentley, and Matthew, and a sister, Deloris Fryer. He was preceded in death by his dad in 1994, his mother in 2009, and his brother, R. D. Thomason in 2012. Services for Mr. Thomason will be held at Stevens Funeral Home Chapel, 2:00 P.M., Saturday, with burial in Bell Cemetery. Visitation will be Saturday, 1:00 P.M., until the time of the service. Stevens Funeral Home is in charge of arrangements. You may log on to stevensfuneralhome.net for the online registry.

The family of Richard Thomason created this Life Tributes page to make it easy to share your memories.

Send flowers to the Thomason family.