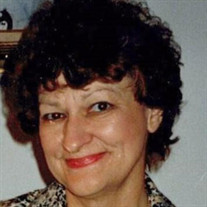 Joyce Gray Burns, age 76, of Forrest City, died Monday, July 20, 2020, at her home in Forrest City. She had been in poor health for the past several years. Mrs. Burns was born January 29, 1944, in Forrest City, and was the daughter of George C. Gray and Inez M. Hollimon Gray. As a child and young adult, Joyce attended the First Baptist Church in Forrest City. At the age of twelve she accepted Jesus Christ into her heart and was Baptized. At the time of her death, she was a member of the Three Trees Cowboy Church. Joyce graduated from Forrest City Senior High in June 1962. She attended Millon Hawkins Business School and later went to work at Forrest Memorial Hospital which changed over to Baptist Memorial Hospital Forrest City. She was the Director of Human Resources and retired from the hospital in June, 1999 at the age of fifty-five. During Joyce's life she served many professional organizations. She was a member of the Arkansas Hospital Personnel Association where she served as secretary/treasurer, American Society for Healthcare Human Resources, Administration of the American Hospital Association, member of the International Personnel Association, National Association for Female Executives, the local planning group of St. Francis County, the steering committee for Quality Management at East Arkansas Community College, and served on several other committees. Joyce said her job gave her the opportunity to meet a lot of nice people and she enjoyed all aspects of her career. She was employed with the hospital for thirty-five years. Joyce married Sidney G. Burns in 1969, and he survives her along with one son, Michael G. Burns of Forrest City, one daughter, Kim L. Burns Baskins of Forrest City, one sister, Geraldine Gray Melvin of Hunter, six grandchildren; Kayla, Kristin, Jessica, Sydnee, Seth, and Max, three great-grandchildren; Bentley, Kyler, and Brooklyn, and several nieces, nephews, cousins, and friends. She had one brother, George C. Gray, her parents; George and Inez Hollimon Gray, all preceded her in death. Services for Mrs. Burns will be held at Stevens Funeral Home Chapel, 10:00 A.M., Wednesday, with burial in Loughridge Cemetery. Visitation will be Tuesday evening 6:00 till 8:00 P.M. at the funeral home. Stevens Funeral Home is in charge of arrangements. You may log on to stevensfuneralhome.net for the online registry.

Joyce Gray Burns, age 76, of Forrest City, died Monday, July 20, 2020, at her home in Forrest City. She had been in poor health for the past several years. Mrs. Burns was born January 29, 1944, in Forrest City, and was the daughter of George... View Obituary & Service Information

The family of Joyce Gray Burns created this Life Tributes page to make it easy to share your memories.

Send flowers to the Burns family.