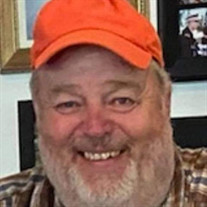 Johnny Ray Worley, age 62, of Forrest City, died Tuesday, Janaury 4, 2022, at the Baptist Hospital in Little Rock. Johnny was born July 17, 1959, in Forrest City, and was the son of Edward Worley and Emma Jo Moore Worley. He lived in St. Francis County all of his life, was owner of Worley's Lawn and Garden, and attended the Beck Spur Baptist Church. Johnny married Susan Jaggers in 1979, and she survives him along with one daughter, Hannah Worley Morris, and husband, Eric, of Colt, his mother, Emma Jo Worley of Forrest City, one brother, Eugene Worley of Forrest City, three sisters; Janet Tracy, Judy Miller, and Jeanna Childers, all of Forrest City, and four grandchildren; Zada, Knox, Sy, and Eli. He had one son, Josh Worley, and his father, Edward Worley, who preceded him in death. Services will be held at Beck Spur Baptist Church, 11:00 A.M., Friday, with burial in Forrest Park Cemetery. Visitation will be 10:00 A.M., until the time of the service, at the church. Stevens Funeral Home is in charge of arrangements. In lieu of flowers, donation may be made to: Johnny Worley Memorial Fund, First National Bank of Eastern Arkansas, P.O. Box 2019, Forrest City, Arkansas, 72336. You may log on to stevensfuneralhome.net for the online registry.

The family of Johnny Ray Worley created this Life Tributes page to make it easy to share your memories.

Send flowers to the Worley family.