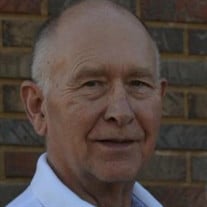 Mr. Jerry Lynn Abbott, age 70, of Forrest City, died Sunday, January 10, 2021, at his home in Forrest City. Mr. Abbott was born January 31, 1950, in Haynes, Arkansas, and was the son of Leonard Abbott and Mary Lou Andrews Abbott Pierce. He lived in Forrest City most all of his life, was a self employed contractor, and was a member of the Beck Spur Baptist Church. He loved the Lord most and always put God first in his life. He was an avid outdoorsman, where he loved hunting and fishing, and had passed that love on to his grandchildren. Mr. Abbott married Jenny Chism in 1979, and she survives him along with one son, Matthew Abbott, and wife, Jeni, of Wynne, one daughter, Jennifer Abbott Butler, and husband, Rodney, of Killen, Alabama, one brother, Steve Abbott of Forrest City, three sisters; Betty Bryant of Morgan Town, West Virginia, Paula Philyaw and Karen Keenum, both of Forrest City, two grandchildren; Jesse Butler and Austin Abbott, a beloved friend, Lindsey Herron, a beloved friend and caretaker, Glenn Alan Elison, and a host of nieces and nephews. He had one sister, Gina Bellinger Whitlatch, who preceded him in death. Services for Mr. Abbott will be held at Stevens Funeral Home Chapel, 2:00 P.M., Wednesday, with burial in Lindsey Cemetery. Visitation will be Wednesday, 1:00 P.M., until the time of the service. Stevens Funeral Home is in charge of arrangements. Memorials are to be made to the Colt Baptist Church, P.O. Box 283, Colt, Arkansas, 72326. You may log on to stevensfuneralhome.net for the online registry.

The family of Jerry Lynn Abbott created this Life Tributes page to make it easy to share your memories.

Send flowers to the Abbott family.