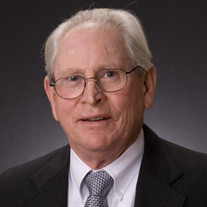 Mr. James Byron Ponder age 77, of Forrest City, passed away on January 4, 2022, after a lengthy illness. Byron was born on a hot and humid day on July 28, 1944, at the Wilson Clinic in Wynne. His parents were Joseph “Jeff” Ponder and Omie Sampley Ponder. He had three older brothers, Jerry, Kenneth and Wayne Ponder. His parents preceded him in death as well as his brother Jerry Ponder. Byron was raised in the Summersweet area of St. Francis County and received his education at the Caldwell and Forrest City Schools and graduated in the class of 1962. After graduation he enlisted in the U.S. Navy and served 4 years. During his military service he served in Adak, Alaska for one year as overseas duty, he also served on two navy ships, The USS Hector AR-7 and The USS Sylvania AFS-2. Stationed in Naples, Italy for two years, and was Honorably discharged as storekeeper 3rd class in December 1966. In January of 1967, he was employed by Stromberg-Carlson Corp. and trained as a PBX (private business exchange) installer & repairman and traveled all over the Eastern U. S. and the Bahama Islands for four years. In 1970 he met and married Joann Brooks of Birdeye. He is survived by his wife of 51 years and three Children, Stephanie Ponder Kerlin and husband Thomas of Arlington, Tennessee, Jeff Ponder and Brent Ponder both of Forrest City. Three grandchildren also survive him, Kaitlyn, Meredith and Nathan Kerlin. In 1972 Byron was hired by Forrest City Post Office as a city carrier. Years later he became a Postal Clerk and eventually became Supt. of postal operations at Wynne, he was also postmaster of Covington, TN for 14 years and retired as postmaster of Millington, TN with 32 years of service. Byron was an Arkansas Freemason, a perpetual member of Forrest City Lodge #198 F&AM and Rensellear Vann Lodge #494 F&AM in Wynne. He was past Master of both lodges. A recipient of the Arkansas Grand Lodge Pillars of Solomon award for his dedicated service to the Fraternity. He was proficient in all of the ritual work and was a certified lecturer and certified instructor for the Arkansas Grand Lodge of Masons. Byron was a York Rite mason and a life member of the Grand Royal Arch chapter of Arkansas, a perpetual member of West Memphis Chapter 54 RAM, Chasadim Council #51, and perpetual member of Chandos Commandery #14, and Knight Temple, a member of F. J. Scully Council #267 of the Allied Masonic Degrees. He was a Scottish Rite Mason, a 32nd degree Master of the Royal Secret, a 32nd degree Knight Commander of the Court of Honor and 33rd degree Inspector General of the Ancient and Accepted Scottish Rite. Past Wise Master of Jonesboro Valley of AASR, and personal representative of the Sovereign Grand Inspector General in Arkansas, Jonesboro Valley and a perpetual member and a Shriner. He was also past chapter Dad of the Forrest City International Order of Rainbow for Girls and past state Dad and a recipient of the Grand Cross of Rainbow Girls. Byron was the recipient of Arkansas Grand Lodge Medal of Honor in 2018. Byron was a long time Director of Woodruff Electric Coop. Corp., having served since 1975 as, Chairman, Vice-Chairman and secretary of the board of directors. Funeral services will be held Friday, January 7, 2022, at 11:00 a.m. at Stevens Funeral Home. Burial will follow at Forrest Park Cemetery. Visitation will be from 6 to 8 at the funeral home on Thursday. The family request memorials be made to Forrest City Masonic Lodge #198, P.O. box 145, Forrest City, AR 72336, Rensellear Vann Lodge #494, P. O. Box 548, Wynne, AR 72396 or Eastern Arkansas Scottish Rite Bodies, P. O. Box 657, Jonesboro, AR 72403. Visit online registry at stevensfuneralhome.net. Zoom meeting ID will be 9292196229 and passcode is 4B3k1e

The family of Mr. James Byron Ponder created this Life Tributes page to make it easy to share your memories.

Send flowers to the Ponder family.