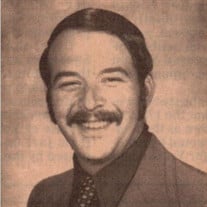 James Manning Cureton Sr., age 73, of Marion, formerly of Forrest City, died Friday, September 24, 2021, at the Baptist Memorial Hospital Crittenden in West Memphis, Arkansas. His death came sudden and unexpected. Mr. Cureton was born September 18, 1948, in Forrest City, and was the son of James Ellis Cureton and Thedral Conlee Cureton. He lived in St. Francis County most of his life, was retired from Gray's Service Center, was a Veteran of the Navy, and was a member of the First Baptist Church. He was well known and very proud of the stories about his baseball and football ability while he was growing up. Mr. Cureton married Edna Wildberger in 1983, and she survives him along with two sons; James Manning Cureton Jr., and wife, Regina, of Enola, Arkansas, and John Ellis Cureton of Marion, one daughter, Christy Rybard, and husband, Chad, of Hot Springs, and three grandchildren; Victoria Grace Rybard, John Frazier Rybard, and James Michael Cureton. Services for Mr. Cureton will be held Graveside, 11:00 A.M., Thursday, at the Forrest Park Cemetery in Forrest City. Visitation will be Wednesday evening, 6:00 till 8:00 P.M., at Stevens Funeral Home, with Stevens Funeral Home in charge of arrangements. You may log on to stevensfuneralhome.net for the online registry.

The family of James Manning Cureton Sr. created this Life Tributes page to make it easy to share your memories.

Send flowers to the Cureton family.