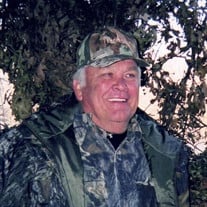 Elmer Baxter “B” Lindsey was born on February 22, 1940 to Elmer E. and Ida Busby Lindsey. They owned a cotton and cattle farm in Caldwell, AR. It was here that his love for the land began. As a child, Mr. Lindsey’s first love was baseball. His dad would take him to Forrest City so he could play Little League Baseball. Being the fourth child of six, he enjoyed many pickup games with his siblings and neighbors in the backyard of the family home. In the seventh grade, he began to show an interest in football. He played in Junior High and continued at Forrest City High School. He earned All State Honors in football, track, and baseball his junior and senior year. He graduated in 1958 and shortly after was pursued by the St. Louis Cardinals, and began a career in their minor league farm system. For the next six years, he traveled extensively and played in various cities including the Memphis Chicks and Tulsa Oilers. When his baseball career ended, he returned home to the family farm. In December of 1964, he married Jenny Harris at the First Baptist Church of Caldwell, where they both attended. Through the years, their faith grew as well as their family. They had three children, Lisa, Bubba, and Jay. One quality that Mr. Lindsey had that exceeded his athleticism was his unconditional and unwavering love for his family and friends. He served in his church as a deacon for forty-two years, coached in the Jaycee Little League Baseball program and was a founding member of Ridgecrest Country Club. He was owner and operator of Lindsey Brothers Gin and Farm and most recently Lindsey Sweet Potato Farm. In 1992, his family was selected as St. Francis County Farm Family of the year. In 2008, he was awarded the Delta Farm Press High Cotton winner of the Delta Region. He was inducted into the Mustang Sports Hall of Fame as well as the Arkansas Sports Hall of Fame. He served on the board of the Planters Cotton Oil Mill. Mr. Lindsey loved golf, Razorback sports, St. Louis Cardinal baseball, and was a life long avid duck hunter. Surrounded by his family, Mr. Lindsey went to heaven on August 26, 2020. He is survived by his wife of 55 years, Mrs. Jenny Harris Lindsey; his daughter, Lisa Lindsey Morris (David) of Conway; son, Cary Baxter “Bubba” Lindsey (Susan) of Caldwell; James Elmer “Jay” Lindsey (Kasie) of Caldwell; grandson, Cody Baxter Morris (Kacie) of Conway; bonus grandsons Drew Flowers (Kenlee) of Salem; Cody Flowers of Caldwell; great granddaughter Emersyn Kate Morris; and bonus great grandson, Kenneth Neal Flowers; one brother, James E. “Jim” Lindsey (Nita) of Fayetteville; three sisters, Betty Lindsey Holman of Conway; Joyce Lindsey Clark of Colt; and Claudette Lindsey Ferguson of Harrison; and a host of nieces, nephews, and many friends. He is proceeded in death by his parents and one sister, Tommye Lindsey Satterfield. Those honored to serve as pallbearers are Carroll Bishop, Caryles Vondran, Mike Devazier, Clark Dillard, Cody Flowers, Drew Flowers, Gary Hughes, John David Lindsey, Lyndy Lindsey, Cody Morris, and Wayne Speer. Honorary pallbearers are John David Busby, Randy Dalton, Don Devazier, John England, Cliff Garrison, Phil Hicky, Donald Hill, Larry Henley, Eldon Hawley, Jimmy Jacobs, Joe Perry, Jerry Pulley, Stanley Roberts, and Russell Simon. In lieu of flowers, memorials may be sent to St. Jude Children’s Hospital, First Baptist Church of Caldwell, or Central Baptist College of Conway, AR. Graveside service will be held Saturday, August 29, 2020, at Lindsey Cemetery at 2:00 p.m. According to state guidelines mask will be requried. Please visit online registry at stevensfuneralhome.net.

The family of Mr. Elmer B. Lindsey created this Life Tributes page to make it easy to share your memories.

Send flowers to the Lindsey family.