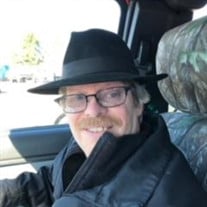 William D. 'Bill' Kelley, age 65, a longtime resident of Forrest City, passed away, Monday, April 4, 2022, in Des Arc, Arkansas. Bill was born April 30, 1956, in Caraway, Arkansas, and was the son of Calvin C. Kelley and Velma Mahan Kelley. He was a member of the Landmark Missionary Baptist Church. He graduated in 1974 from Forrest City High School and was graduate of Arkansas State University. Bill was an Eagle Scout, an honor he shared with his three brothers. He worked for Reliable Life Insurance Company and served as a debate analyst and contributor for CBS News during the Presidential election years. An avid movie buff, he was known for his ability to critique any movie. He was preceded in death by his parents. Bill is survived by his sister, Carla K. Astin (Lowry) of Forrest City, his three brothers; Rick Kelley (LeAnn) of Dexter, Missouri, Joe Kelley (Susan) of Southaven, Mississippi, and Matt Kelley (Lisa) of Wynne, Arkansas. He was the proud Uncle of 11 nieces and nephews and 11 great nieces and nephews. The family greatly appreciates the doctors and staff of Des Arc Nursing & Rehab Center where he received outstanding care during the last year of his life. The family request memorials in his name be directed to the Forrest City Public Library, 421 South Washington, Forrest City, Arkansas, 72335, or a charity of the giver's choice. Services will be held Graveside, 11:00 A.M., Saturday, April 30, 2022, at Forrest Park Cemetery in Forrest City. Stevens Funeral Home is in charge of arrangements. You may log on to stevensfuneralhome.net for the online registry.

The family of William D. 'Bill' Kelley created this Life Tributes page to make it easy to share your memories.

Send flowers to the Kelley family.