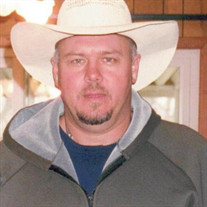 Mr. Thomas Scott Clarkson, age 58, of Colt, Arkansas, died Thursday, May 6, 2021, at the Methodist Hospital in Memphis, Tennessee. Mr. Clarkson was born June 2, 1962, in Memphis, and was the son of Carl Edward Clarkson and Bonnie Louise Meadows Clarkson Byrd. He had lived in Orlando, Florida, was a pipe fitter, and was a Baptist. Mr. Clarkson is survived by his wife, JoAnn Clarkson, one son, Preston Clarkson of New Orleans, one daughter, Danielle Clarkson of Springfield, Missouri, one step-son, Lee Wallace of Memphis, his mother, Bonnie Clarkson Byrd, two brothers; Allen Clarkson of Palestine and Doug Clarkson of Wynne, and four grandchildren. He was preceded in death by his father, Carl Edward Clarkson and one sister, Rhonda Clarkson. Mr. Clarkson's wishes were to be cremated. Stevens Funeral Home is in charge of arrangements. You may log on to stevensfuneralhome.net for the online registry.

The family of Thomas Scott Clarkson created this Life Tributes page to make it easy to share your memories.

Send flowers to the Clarkson family.