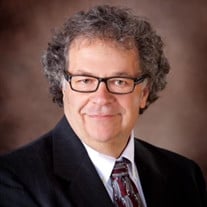 Stephen Ben Meyer, age 69, of Wynne, died on Saturday, January 9th, 2021 at Baptist East Hospital in Memphis, TN. Stephen was born in Wynne, on October 27, 1951, to the late Ben Block and Naomi Ruth Beal Meyer. Stephen is survived by his wife Debbie Stutts Meyer of 47 years, son, Stephen Ben Meyer Jr. and wife Mary-Margaret of Atlanta, GA, daughters, Becca Jackson and husband Neall of Wynne, Laura Ruth Meyer and fiancé’ Clint Shoffit of Farmington, AR, brother Robert Meyer and wife Beverly of Wynne, grandchildren, Margaret and Rachel Meyer, Solomon, Rose and Dean Jackson. He is preceded in death by his sister Julia Meyer. Stephen was president of the Wynne High School class of 1969. He graduated from University of Central Arkansas in 1973 where he was president of his fraternity. He was a partner in Meyer and Ward CPAs, P.A., treasurer of Mallard Pond Hunting Club, and a Paul Harris Fellow in Wynne Rotary. He served on the boards of Wynne Water Commission and the First National Bank of Wynne. Stephen treated everyone with kindness, respect, integrity, and generosity. He was a gentleman with a dry sense of humor. He will be greatly missed as an amazing husband, father, grandfather and friend. In lieu of flowers, memorials can be made to the Cross County Community Foundation /Stephen and Debbie Meyer Family Endowment, created for community improvement. https://www.arcf.org/give-online/?fund=Stephen+and+Debbie+Meyer+Family+Endowment Graveside services will be held Thursday, January 14, 2021, at 1 p.m. at Cogbill Cemetery with Rev. Matt Carter officiating. Kernodle Funeral Home is in charge of arrangements.

The family of Stephen Ben Meyer created this Life Tributes page to make it easy to share your memories.

Send flowers to the Meyer family.