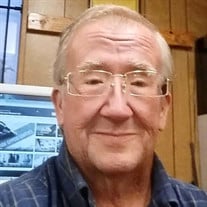 Roy “Craig” Dowland, 70, left this earth on Saturday morning, December 18, 2021. Surrounded by his daughters, Craig gave his five-year battle with cancer the greatest degree of hell up until his last breath. Craig was tenacious about family, career, music and computers. He instilled in his children a deep-rooted love of music and the importance of learning a skill or trade and being the best at it. He is survived by his children Lisa (Mark) Dowland, Chris (Brenda) Dowland, Amy Dowland and Karen Dowland of Southaven, MS. and three beautiful grandchildren: Ryan, Olivia and Vada Dowland. Craig was preceded in death by his son Steven Dowland, of an unsolved homicide in 1994. Known best for his unwavering work ethic, it was no surprise to anyone, that he put up quite the ruckus when finally deciding to retire from the State of TN in late October. Craig was also preceded in death by his father, Roy H. Dowland and mother, Ruth “Eugenia” (Martin) Dowland, both of Forrest City, AR. Although born an only child, Craig grew up with many close neighborhood friends and cousins as an extended family. His stories were always centered around the Hobbs, Taylor and Wayman families; he was devastated at the recent loss of his closest friends Mark Wayman and Rush Hobbs. We are sure heaven is in quite the pickle now that Dad is reunited with them! Craig also leaves behind a beloved aunt: Tolise McGough of West Helena, AR and his favorite cousin, Kathy (Gene) Ficker of Jackson, TN. Services will be held at graveside only. Stevens Funeral Home is in charge of arrangements.

Roy &#8220;Craig&#8221; Dowland, 70, left this earth on Saturday morning, December 18, 2021. Surrounded by his daughters, Craig gave his five-year battle with cancer the greatest degree of hell up until his last breath. Craig was tenacious... View Obituary & Service Information

The family of Roy "Craig" Dowland created this Life Tributes page to make it easy to share your memories.

Send flowers to the Dowland family.