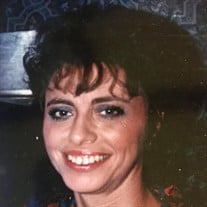 Mrs. Rosemary Woodson Jones, age 71, of Forrest City, died Saturday at the St. Bernard's Hospital in Jonesboro. Mrs. Jones was born January 23, 1946, in Memphis, Tennessee, and was the daughter of J. W. Woodson and Normadell Humphrey Woodson Kerr. She lived in St. Francis County all of her life, was a housewife and a retired educator for the Forrest City Public Schools. She was a member of the First United Methodist Church. Mrs. Jones married Larry D. Jones in 1963, and he survives her along with one daughter, Ginadell Adams, and husband, Frank, of Forrest City, two sons; Jeffrey Woodson Jones, and Donna, of Lake Forest, California, and Joseph Humphrey Jones of Forrest City, her mother, Normadell Kerr of Forrest City, one sister, Melanie Clark of Forrest City, and three grandchildren; Ethan Adams, Eli Adams and Peyton Fogg. She had one daughter, Allison Fogg, who preceded her in death. Services for Mrs. Jones will be held at Stevens Funeral Home Chapel, 11:00 A. M. Tuesday, with burial in Forrest Park Cemetery. Visitation will be Tuesday, 10:00 A.M., until the time of the service. Stevens Funeral Home is in charge of arrangements. Memorials are to be made to the Mid South Transplant Foundation, 8001 Centerview Parkway #302, Cordova, Tennessee, 38018, or the First United Methodist Church, P.O. Box 66, Forrest City, Arkansas, 72336. You may log on to stevensfuneralhome.net for the on line registry.

The family of Rosemary Woodson Jones created this Life Tributes page to make it easy to share your memories.

Send flowers to the Jones family.