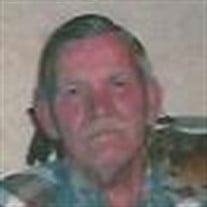 Mr. Robert Lee Starkey, age 73, of Marion, died Wednesday, March 28, 2018, at his home in Marion. Mr. Starkey was born September 4, 1944, in St. Francis County, and was the son of Calvin Starkey Sr. and Vera Jane Milton Starkey. He lived in St. Francis County most all of his life, was a Veteran of the Army, and was an oil refinery mechanic. Mr. Starkey married Barbara Ann Keysacker in 1980, and she preceded him in death in 2015. He is survived by three sons; Troy Williams and Michael Starkey, and wife, Melissa, all of Marion, and Kenneth Starkey of Ash Flat, Arkansas, one daughter, Sheila Fryer, and husband, Eric, of Marion, two brothers; Calvin Starkey Jr. of Wynne and James Starkey of Widener, three grandchildren; Shae Starkey, Shane Faulkner, and Kimberly Faulkner, and two great-grandchildren; Adryanna Moore and Carson Faulkner. Services for Mr. Starkey will be held at Stevens Funeral Home Chapel, 11:00 A.M., Monday, with burial in Akin Cemetery in Vanndale. Visitation will be Monday, 10:00 A.M., until the time of the service. Stevens Funeral Home is in charge of arrangements. You may log on to stevensfuneralhome.net for the online registry.

The family of Robert Lee Starkey created this Life Tributes page to make it easy to share your memories.

Send flowers to the Starkey family.