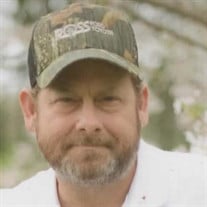 Michael Wayne 'Mike' Ponder, age 50, of Colt, died Saturday, March 10, 2018, at the Baptist Hospital in Memphis. Mr. Ponder was born August 5, 1967, in Laurel, Maryland, and was the son of Joseph Wayne Ponder and Patsy Jean Andrews Ponder. He lived in St. Francis County most all of his life, was a Veteran of the Navy, and was an electrician. Mr. Ponder married Nina Anderson in 2014, and she survives him along with one son, Jonathan Drew Ponder of Hoxie, his father, Wayne Ponder of Colt, one brother, Kevin N. Ponder, and wife, Janeth Paulin, of Memphis, one step-son, Matthew Joseph Anderson, of Russellville, two step-daughters; Kara Armond of San Antonio, Texas, and Chelsey Carnahan of Russellville, one niece, Salma Jean Ponder, one nephew, Tomas Wayne Ponder, both of Memphis, and seven step-grandchildren. Services for Mr. Ponder will be held at Stevens Funeral Home Chapel, 10:00 A.M., Wednesday, with burial in Loughridge Cemetery. Visitation will be Tuesday, 6:00 till 8:00 P.M., with Stevens Funeral Home in charge of arrangements. You may log on to stevensfuneralhome.net for the online registry.

The family of Michael Wayne 'Mike' Ponder created this Life Tributes page to make it easy to share your memories.

Send flowers to the Ponder family.