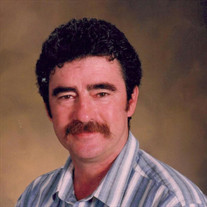 Michael Wayne 'Mike' Nelson, age 69,of Forrest City, died Sunday, April 3, 2022, at his home in Forrest City. Mr. Nelson was born September 30, 1952, in Forrest City, and was the son of George Alvin Nelson and Lela Maxine Wilder Nelson. He lived in St. Francis County most all of his life, was a carpenter and Satellite Installer, and was a Baptist. Mr. Nelson married Pamela Jean Adams in 1976, and she survives him along with two daughters; Nichole 'Nikki' Worley, and husband, Edward, of Forrest City and Natalie Hawkins, and husband, Jordan, of Jonesboro, one brother, Rickey Nelson of Forrest City, and three grandchildren; Kylie Huckaba, Clay Hawkins, and Whitley Hawkins. He was preceded in death by four brothers; George Alvin Nelson, Teddy Nelson, Billy Joe Nelson, and Donald Nelson. Services for Mr. Nelson will be held Graveside, 11:00 A.M., Wednesday, April 6, 2022, at Forrest Park Cemetery. Visitation will be Tuesday evening, 6:00 till 8:00 P.M., at Stevens Funeral Home, with Stevens Funeral Home is in charge of arrangements. You may log on to stevensfuneralhome.net for the online registry.

The family of Michael Wayne "Mike" Nelson created this Life Tributes page to make it easy to share your memories.

Send flowers to the Nelson family.