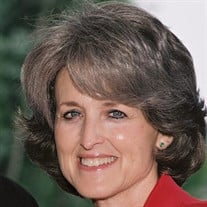 Mrs. Letitia Harrison Varner, age 67 of Sherwood, Arkansas, passed away on Sunday, December 24, 2017. She was born to the late Morris Harrison and Alice (King) Harrison on May 18, 1950. Letitia attended Forrest City High School before attending Arkansas State University in Jonesboro, Arkansas, where she graduated with an education degree. She was an elementary school teacher for more than 35 years. She was also an avid gardener and enjoyed working in her garden in retirement. She was a beloved wife, sister, mother, and grandmother. Letitia is survived by her two sisters, Mary Clark of Forrest City, Arkansas and Frances Weaver of Morehead, Kentucky; two daughters, Allison Molnar of Irvine, California and Amanda Albert of San Diego, California; four grandchildren Benjamin, Emily, Abigail, and Ainsley; and three nieces and three nephews. Letitia was preceded in death by her husband, Douglas; her mother, Alice; and her father, Morris. Services for Letitia will be held Graveside, 2:00 P.M., Friday, December 29th at the Forrest Park Cemetery. Visitation will be held prior to the service starting at 1:00 P.M., at Stevens Funeral Home with Stevens Funeral Home in charge of arrangements. Visit online registry at stevensfuneralhome.net. In lieu of flowers, memorials may be made to the Forrest City First United Methodist Church at 101 South Izard, Forrest City, Arkansas 72335 or http://forrestcityfumc.com/.

The family of Mrs. Letitia Harrison Varner created this Life Tributes page to make it easy to share your memories.

Send flowers to the Varner family.