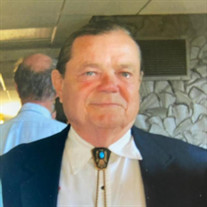 Mr. Kordel E. "Budge" Linder, 84, of Forrest City, Arkansas, died on Wednesday, July 7, 2021, at his home. Mr. Linder was born on October 18, 1936, in Memphis, Tennessee, to the late T. Kordel and Elizabeth Marie Linder. He had lived in White County, Arkansas, near Searcy and Memphis, Tennessee. Mr. Linder worked for Greyhound Bus Lines, was a driver instructor, EMT, and a conservationist. He was a member of Amalgamated Transit Union-Local 1500. He proudly served his country in the United States Army as an Infantryman. He is survived by his wife of 53 years, Mary Ann Linder of the home, son, David Linder of Forrest City, grandchildren, Claudia Linder, Alexander Linder, and Zachary Linder all of Memphis. He was preceded in death by his parents, T. Kordel and Elizabeth Linder and son, Matthew Linder. Graveside services will be held on Friday, July 16, 2021, at 10 AM at the Arkansas State Veteran's Cemetery at Birdeye with military honors.

The family of Kordel E. "Budge" Linder created this Life Tributes page to make it easy to share your memories.

Send flowers to the Linder family.