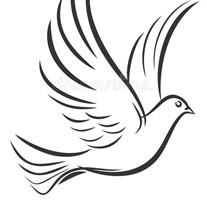 Mr. Junior Edgar “Ed” Chauvin, age 89, formally of Forrest City died Friday, January 5, 2018 at Shiloh Nursing & Rehabilitation Center in Springdale, AR. Mr. Chauvin was born August 12, 1928 in New Orleans, Louisiana and was the son of Edgar and Lillian Chauvin. He was a retired Marine Major and also the business manager of the Forrest City Medical Clinic. He lived in Forrest City from 1967 until 2014 when he relocated to Rogers, AR. He was an active member of the V.F.W. and American Legion, The Rotary Club, NE Arkansas Mental Health Association, China Marine Association and a member of the St. Francis of Assisi Catholic Church. While in the Marine Corp he served during World War II and The Korean Conflict. Mr. Chauvin is preceded in death by his wife of 60 years Mamie Jo Chauvin also of New Orleans and Forrest City. He is survived by his one daughter, Nannette Goff of Dallas, TX, one son, Dr. E.J. Chauvin of Rogers, sisters Joyce Ehrhard and June Solar of Gretna, LA and Sherry Beasley of St. Louis MO, brother, Stephen Chauvin of Gretna, LA, and five grandchildren; Justin Goff, Jody Chauvin, Aymee Chauvin, Joey Sabo, and Jessica Sabo. Services for Mr. Chauvin will be held Wednesday, January 10, 2018 at 10:00 a.m. at the St. Francis of Assisi Catholic Church in Forrest City, AR, with burial to follow at Forrest Park Cemetery. In lieu of flowers the family request memorials be made to the Wounded Warriors or the Simper FI fund. Visit online registry at stevensfuneralhome.net.

The family of Mr. Junior Edgar "Ed" Chauvin created this Life Tributes page to make it easy to share your memories.

Send flowers to the Chauvin family.