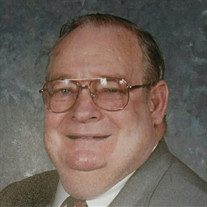 Rev. John Erven Threat, Jr., 77, met his Savior face to face on Saturday, June 15, 2019, when he died peacefully at the home of his brother, Sam Threat in Palestine.  He was born November 21, 1941, to Nancy Belle Peeler and John Erven Threat in Forrest City, Arkansas. He was born again and baptized on Easter Sunday, Mar. 25, 1951 at the age of 9 when he accepted Jesus Christ as his personal Savior. At the age of 16, John took on the role of head, protector, support and guidance for his Mother and siblings on June 15, 1958 upon his father’s death on Father’s Day.  John leaned on his faith in God continually through this and every moment of his life as his mother and father had taught him. John worked 2 jobs, played on the F.C.H.S. football team while in high school, graduating in 1960. He served the U. S. Marine Corps in 1960-1966. John married his high school sweetheart and love, Margaret Ann Homewood, Oct. 10, 1963 in Forrest City at the Church of God on Division St. John had a servant’s heart and always served in love as unto the Lord in everything he set out to do. He worked laboring hard alongside his father to supply for the family from early childhood. His father carried a Bible with him and would often have John stop to pray for God’s help in their work. John’s faith and trust in the Lord have always been his living testimony. If you met or talked with John you witnessed God’s love and His Word in action. After the Marine Corps, John returned to his hometown of Forrest City. He worked and retired from the U.S. Post Office from Feb. 1967-Oct. 1992. John became and served as a Church of God, Cleveland, TN minister in Sept. 1977 to present. He served many roles during these years, from Sunday school teacher, Children’s Church and Bus Ministry, youth pastor, pastor in revitalization of churches and vocational prison Chaplain in Arkansas. He became a Chaplain in the ADC Correctional Units in Arkansas Oct. 1997 and served through Oct. 2005.  He is most noted for raising the funds and building the largest chapel in a State Prison in the U.S. John greatly valued education. He continually was reading and studying. While pastoring and working full time at the post office, John studied and completed several higher education degrees; two Associates of Arts Degrees, Bachelor of Ministries, Master of Theology and Doctorate of Christian Education. Bro. John as a retired Church of God Ordained Bishop was called upon often to preach. He loved to share the Word of God. He was the Sunday morning “Young at Heart” Adult Bible Study Teacher, Oak Hill Church of God at the time of his passing. He was preceded in death by his parents, John Erven and Nancy Threat; brothers, Tom E., James Joseph, George A., Jerry O. and Jack Albert Threat; and sisters, Lois Evergene Threat Jones and Mary Alice Threat Stuck. John was the Patriarch and spiritual leader to both sides of our family. He is survived by his loving wife of 55 years, Margaret; His children: Cynthia Ann “Cindy” Cooper (Michael) of Severn, Maryland, John E. Threat, III (Emily) of North Little Rock, and Neysa Lynn Pendergrass (David) of Forrest City; Eight Grandchildren: Matthew (Margot) Cooper, Tyler Cooper; Megan Threat, Amy (Alex) Hoops; James (Mallory) Pendergrass, Gabriel Crumley, Brett Pendergrass and Garrett Crumley; Greatgrandchildren: Weston and Lisa Marie Pendergrass and two on the way. Siblings surviving him are Dorothy Taylor, California; N.E. (Ping) Threat, Georgia; J.B. (Carol) Threat, Elaine (Frank) Stowell, Martha Walls and Sam (Dorothy) Threat all of Arkansas; widowed sisters in-law Novella Threat, Tennessee, Viola Threat, Arkansas, and Helen Threat, Mississippi and a host of favorite nieces, nephews, relatives and friends. Visitation will be at Stevens Funeral Home Thursday, June 20, 2019, from 6-8 PM. Funeral Service for Rev. John E. Threat, Jr. will be held Friday, June 21, 2019 at 2 PM at the Oak Hill Church of God, 97 SFC309, Forrest City, AR 72335. Burial to follow in Forrest Park Cemetery. Stevens Funeral Home is in charge of all arrangements. You may log on to stevensfuneralhome.net for the on line registry.

Rev. John Erven Threat, Jr., 77, met his Savior face to face on Saturday, June 15, 2019, when he died peacefully at the home of his brother, Sam Threat in Palestine.  He was born November 21, 1941, to Nancy Belle Peeler and John Erven Threat... View Obituary & Service Information

The family of Rev. John Erven Threat Jr. created this Life Tributes page to make it easy to share your memories.

Send flowers to the Threat family.