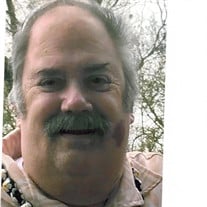 Mr. Harold Martin Wright, age 63, of Palestine, died Thursday, July 2, 2020, at the St. Bernard's Hospital in Jonesboro. Mr. Wright was born July 13, 1956, in Elaine, Arkansas, and was the son of Harry Martin Wright and Betty Sue Bryant Wright. He lived in St. Francis County most all of his life, was retired from the Arkansas Highway Department, was a Veteran of the Army, and was a member of the Goodwin Baptist Church. Mr. Wright married Lose Leota in 1977, and she preceded him in death in 2020. He is survived by four sons; Floyd Wright of Batesville, Arkansas, Harold S. Wright, and wife, Angela, of Wynne, Jeff Wright and Michael Wright, both of Palestine, one daughter, Michelle Wright of Jonesboro, his mother, Virginia Wright of Palestine, one brother, Charlie Wright of South Carolina, three sisters; Pam Deen of Marion, Gloria Hooker of Palestine, and Roxanne Pruitt of Crawfordsville, and four grandchildren; Kyle, Maddux, Bailey, and Grayson. He had one brother, Floyd Eugene Wright, and one sister, Alma Sue Wright, who preceded him in death. Services for Mr. Wright will be held at Stevens Funeral Home Chapel, 10:00 A.M., Tuesday, with burial in Forrest Park Cemetery. Visitation will be Monday, 6:00 till 8:00 P.M., at Stevens Funeral Home with Stevens Funeral Home in charge of arrangements. You may log on to stevensfuneralhome.net for the online registry.

The family of Harold Martin Wright created this Life Tributes page to make it easy to share your memories.

Send flowers to the Wright family.