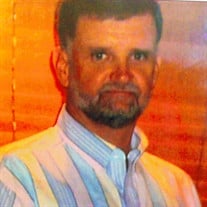 Mr. Greg Tiner, age 57, of Cullman, Alabama, died Monday, January 28, 2019, at the Cullman Regional Medical Center in Cullman, Alabama. His death came sudden and unexpected. Mr. Tiner was born August 4, 1961, in Forrest City, and was the son of L. C. Tiner and Sue Gore Tiner. He lived in St. Francis County most all of his life until recently moving to Alabama. He was a heavy equipment operator. Mr. Tiner married Tammy Witcher in 2008, and she survives him along with one son, Greg Tiner Jr., of Forrest City, one daughter, Krystal Summers of Forrest City, his mother, Sue Tiner of Jonesboro, one brother, Mike Tiner of Beebe, one sister, Pam Tiner of Jonesboro,two grandchildren; Hailey and Kaitlann, one step-son, Judd Norton of Cullman, one step-daughter, Dakoda Smith of Cullman, and two step-grandchildren; Braxton and Cameron. Services for Mr. Tiner will be held at Stevens Funeral Home Chapel, 2:00 P.M., Wednesday, with burial in Forrest Park Cemetery. Visitation will be Wednesday, 1:00 P.M., until the time of the service. Stevens Funeral Home is in charge of arrangements. You may log on to stevensfuneralhome.net for the online registry.

The family of Greg Tiner created this Life Tributes page to make it easy to share your memories.

Send flowers to the Tiner family.