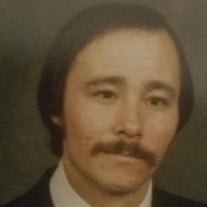 Mr. Gary Ray Wade of Forrest City, Arkansas, died on Monday, February 7, 2022, at RiverRidge Nursing Home in Wynne, he was 72. Gary was born on January 26, 1950, to the late Vernon Olen Wade and Rachel Coleman Wade. He lived in Forrest City, Arkansas, all his life. He was a Baptist, served his country in the United States Army and had worked at Sanyo. He enjoyed hunting and fishing. Gary was a member of the American Legion. Gary is survived by his sister, Sharon Hughes Robertson of Marion, brothers, Donald Wade of Little Rock, Arkansas, Vernon Wade and wife Alice of Wynne, stepbrothers, Roger Lee and wife Lynn of Heber Springs, Stacy Dye and wife Julie of Heber Springs, Steve Dye and wife Janet of Parkin, and stepsister, Patsy Johnson and husband Keith of Umpire, Arkansas. He was preceded in death by his brothers, Jerry Wade and Thomas Wade and parents, Vernon and Rachel and his stepmother Dorothy Wade. Visitation will be held at Stevens Funeral Home from 1 to 2 PM on Saturday, February 12, 2022. Graveside services will follow at 2 PM at Forrest Park Cemetery. Stevens Funeral Home of Forrest City is in charge of arrangements. You may sign an online guestbook at www.stevensfuneralhome.net

The family of Mr. Gary Ray Wade created this Life Tributes page to make it easy to share your memories.

Send flowers to the Wade family.