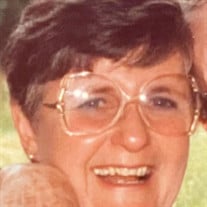 Clara Edith Gray West, aged 93, of Tuni, passed peacefully into eternity on Monday, Dec. 6, 2021. She was greeted there by her husband, the late John Branch (J.B.) West, her three sons, John West, Gary West, and Randy West, each of whom... View Obituary & Service Information

The family of Edith West created this Life Tributes page to make it easy to share your memories.

Send flowers to the West family.