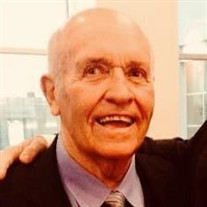 Don Campbell, an Arkansas high school football legend, went home to be with the Lord on Monday, November 1, with family by his side. Campbell was born on November 27, 1940. He was preceded in death by his parents; Clyde and Marcella Campbell, and his wife, Rita, who he married on October 26, 1965. Survivors include his two sons, Mike (Julie) and Chris (Gynger), and six grandchildren; Trent Morledge, Will Morledge, Olivia Booker, Wesley Booker, Cali Campbell, and Chloe Campbell. Campbell was a devout Christian serving as Deacon at Corning First Baptist Church, and Wynne Baptist Church. He was heavily involved with FCA throughout his whole life. He started FCA at Corning and continued that at Sheridan. He remained an active board member of FCA up until his death. Known as “The General”, Campbell had a career record of 257-98-6 with 26 playoff appearances, 16 conference championships, and two state championships. He began his career as a head coach in 1976 in Corning, where he amassed an 80-28-2 record before taking over as the head coach at Sheridan where he served from 1986-1990, amassing a record of 30-24-1. In 1991 “The General” made the move to Wynne, where he amassed a record of 147-46-3, while leading the Yellowjackets to state championships in 2001 and 2004, respectively. In 31 years of coaching Campbell only had a record below 500 during two seasons, and won at least 7 games a year for 25 of 31 years he coached. Campbell received several honors during his lifetime to include the Lowell Manning Award for Outstanding High School Coaches in 1987-88, FCA Coach of the Year in 1989, KAIT-TV Coach of the Year in 1999, 2000, and 2001, the Sporty Carpenter Award in 2001, and the Paul Eells Award-National Football Foundation-College Hall of Fame in 2007. Campbell was named to the Arkansas High School Coaches Association Hall of Fame in 2008, and was awarded the Arkansas High School Coaches Association Curt King Award in 2008-09. He was also included into the Henderson State University Hall of Fame in 2010 and the Arkansas Sports Hall of Fame in 2014. He was the head coach of the Arkansas All State East football team five times (1988, 1997,2001,2005,2007) and was an assistant coach for the Arkansas All State East football team four times (1977,1980,1984,1986). “The General” was known for his favorite play, the 27 Trap, as described by Gart Pitts, a former player of Campbell's at Sheridan. “927 trap. 9 was the formation, 2 was the back that gets the ball, 7 was the hole, left to right, that he hit. “RUN IT AGAIN!” On side guard doubles the nose, tackle releases outside to block the LB, offside guard (me) (often undersized like I was) pulls and decleats the tackle. Mike Guthrie, Lee Moore, Kenneth Moore, Lionel Myers, Brent Carr, David Shipman, Rony Jones, and Bobby Gross will serve as pallbearers. Truman Moore, Bob Lockwood, Mike Smith, Mark Smith, Eddie Paul Woodall, Henry Young, Ray Shempert, Mike Singleton, Johnny McMurry, David Alpe, Henry Dale Jayroe, Cliff Garrison, Bill Hughes, Bernie Cox, Mark Uhiren, Randy Dalton, Jerry White, Trent Morledge, Wesley Booker, Paul Moore and Will Morledge, will serve as honorary Pallbearers. Visitation will be held Thursday, November 4, 2021 in Wynne Arkansas, at the Wynne High School Auditorium from 5 p.m. To 8 p.m. Funeral services will be held Saturday, November 6, at the Wynne High School Auditorium at 2 p.m. Stevens Funeral Home is in charge of arrangements. In lieu of flowers it is preferential to just contribute to the “Mission and Ministry of Jesus through 2nd Baptist” and then direct those funds to 2600 Dave Ward, Conway, Ar. 72034, or to the FCA. You may log on to stevensfuneralhome.net for the online registry.

Don Campbell, an Arkansas high school football legend, went home to be with the Lord on Monday, November 1, with family by his side. Campbell was born on November 27, 1940. He was preceded in death by his parents; Clyde and Marcella Campbell,... View Obituary & Service Information

The family of Don Campbell created this Life Tributes page to make it easy to share your memories.

Send flowers to the Campbell family.