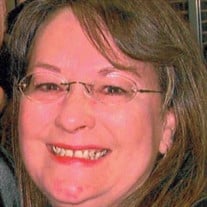 Debra Jayne Howard, age 65, of Forrest City, joined her Heavenly Father, Monday, March 15, 2021. Debi was born November 11, 1955, in El Paso, Texas, and was the daughter of Johnny Howard and Beatrice Brewer Howard. She was known for her sense of humor, love of adventure and life, and love of music, which she shared with her son Adam, who she encouraged to earn his bachelor's and master's degrees in Choral Music. Her father's service in the Air Force took the family from their origins in St. Francis County, Arkansas, to El Paso, Wichita, Kansas, and other bases in and out of the country before they settled in North Little Rock, where Debi graduated from Northeast High School in 1974. Debi worked for many years, beginning at Entergy (Arkansas Power and Light), a job which gave her the opportunity to travel to places she had never visited before including Hazen, where she lived for a decade. After retiring from Entergy, she worked as a truck driver and at the Arkansas Democrate-Gazette. She moved home to Forrest City for her final years and was an active and devout member of the Forrest City Baptist Church, and she loved her church family. She is survived by her only son, Adam Lane Stanley of Dallas, Texas, her father and step-mother, Johnny and Marie Howard and a very special four legged friend, Jobi. She was preceded in death by two brothers; Mike Howard and Craig Howard. Services will be held Graveside, 2:00 P.M., Friday, at the Forrest Park Cemetery in Forrest City. Stevens Funeral Home is in charge of arrangements. You may log on to stevensfuneralhome.net for the online registry.

Debra Jayne Howard, age 65, of Forrest City, joined her Heavenly Father, Monday, March 15, 2021. Debi was born November 11, 1955, in El Paso, Texas, and was the daughter of Johnny Howard and Beatrice Brewer Howard. She was known for her... View Obituary & Service Information

The family of Debra Jayne Howard created this Life Tributes page to make it easy to share your memories.

Send flowers to the Howard family.