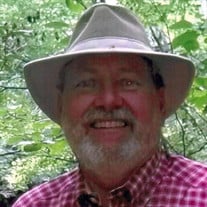 Walter Hill, age 67, a lifelong resident of St. Francis County, passed away January 11, 2021. Walter was born September 11, 1953, and was the oldest son of Charles Walter Hill Jr. and Suzanne Moore Hill. He spent many years farming and was the St. Francis County Farm Bureau Farm Family of the year in 1990. He worked with David Weir at Barrons Logist Inc. for several years. He returned to what he loved best, which was farming, as the farm manager for Fogg Farms. He was currently working for Tri-County Farmers Associations. Walter graduated from Forrest City High School and attended the University of Arkansas at Monticello. He enjoyed the simple things in life. He loved spending time with Jackie and their two dogs, Brady and Lucy. Walter and Jackie often enjoyed sitting around a campfire at their country home. He was a master at gardening and looked forward to deer season and appreciated his time spent with his lifelong friends at Old Union Hunting Club. Walter was known as a comforter to those who knew him and had a difficulty in their own lives. Friends looked forward to visits with Walter. He was colorful with his stories and his independent thinking. He took pride in his family and all their traditions. All who knew Walter knew of his pure love for and happiness with his wife Jackie. She inspired him to think greater things and to show love and affection unashamedly. He showered her with the things that were important to him, his unbridled love for her, granddaughter, Elliott, grandson, Dylan, and his four legged 'children' two dogs, Brady and Lucy. His family, those were the important influences in his life. Walter is survived by his wife, Jackie Epps, of thirteen years, his mother, Suzanne Hill of Widener, two brothers; Woodson Hill, and wife, Debbie, of Heth, and David Hill, and wife, Dana, of Wynne, a son, Clarke Hill, and wife, Kristen, their daughters; Kylie and Elliott, of Fayetteville, one step-son, Jason Montgomery, and wife, Zhanna, their son, Dylan, of Bishkek, Kyrgyzstan, one daughter, Leslie Gardner, and husband, Duane, and their son, Jenson, of Fayetteville, and a son, John Hill of Fayetteville. He was preceded in death by his father Charles Walter Hill Jr. Jackie would like to thank Kristen Hill for her special help in explaining the nursing care and treatments Walter received during his hospitalization. The family would also like to thank everyone for their love, prayers and support during this devastating time in their life. Please remember all the other families who are experiencing this same nightmare. Services for Mr. Hill will be held Graveside, 11:00 A.M., Friday, January 29, 2021, at the Forrest Park Cemetery in Forrest City. Memorials are to be made to the St. Jude Children's Research Hospital, 501 St. Jude Place, Memphis, Tennessee, 38105 or to the Parkin Methodist Church, P.O. Box 291, Parkin, Arkansas, 72373. Services will be live stream on face book Wynne Baptist Church. Stevens Funeral Home is in charge of arrangements. You may log on to stevensfuneralhome.net for the online registry.

Walter Hill, age 67, a lifelong resident of St. Francis County, passed away January 11, 2021. Walter was born September 11, 1953, and was the oldest son of Charles Walter Hill Jr. and Suzanne Moore Hill. He spent many years farming and was... View Obituary & Service Information

The family of Charles Walter Hill III created this Life Tributes page to make it easy to share your memories.

Send flowers to the Hill family.