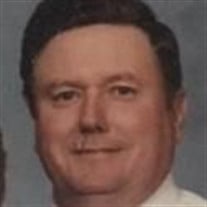 Mr. Cecil Ray Ford Sr., age 80, of Forrest City, died Wednesday, June 19, 2019, at his home in Forrest City. Mr. Ford was born February 5, 1939, in Palestine, Arkansas, and was the son of John Chester Ford Sr. and Lena Dover Ford. He lived in St. Francis County all of his life, was a retired truck driver, and a member and Deacon of the Twin Assembly of God Church in Palestine. Mr. Ford married Lillian Stewart in 1959, and she preceded him in death in 2017. He is survived by two sons; Cecil Ray Ford Jr. of Harrison, Arkansas and Anthony Wade Ford of Forrest City, one brother, John Chester Ford Jr. of Marvell, two sisters; Linda Ford Flowers of Colt and Nancy Ford Brown of Heber Springs, six grandchildren and eight great-grandchildren. He had one brother, Roy William Ford, three sisters; Mary Nadine Ford, Carolyn Sue Carter and Joyce Marie Harris, all preceded him in death. Services for Mr. Ford will be held Saturday, 11:00 A.M., at the Twin Assembly of God Church in Palestine. Visitation will be Friday, 6:00 till 8:00 P.M. at the Church. Stevens Funeral Home is in charge of arrangements. You may log on to stevensfuneralhome.net for the online registry.

The family of Cecil Ray Ford Sr. created this Life Tributes page to make it easy to share your memories.

Send flowers to the Ford family.