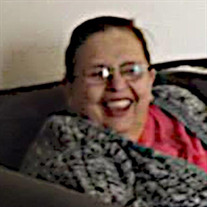 Beverly Ferfecki Slaby Isacson, age 69, of Forrest City, died Friday, October 1, 2021, at the Baptist Hospital Crittenden, in West Memphis. Mrs. Isacson was born October 4, 1951, in Chicago, Illinois, and was the daughter of Joseph Ferfecki and Mary Striegel Ferfecki Slaby. She lived in Illinois most of her life, was an office manager, and was of the Catholic faith. Mrs. Isacson married Mike Isacson, and he preceded her in death in 2017. She is survived by her sons: Brian Ramsey, and wife, who was like her daughter, Louisa, of Forrest City, Chad Douglass of Nebraska, and Erick Soto of Colorado, her daughters; Leah Isacson of North Carolina and Kirsten Kida of Chicago, her mother, Mary Slaby of Chicago, two brothers; Randolph Slaby and Jess Slaby, both of Florida, three sisters; Pamela Slaby, Sally Slaby, and Cathleen Hoffman, all of Chicago, and several nieces and nephews. Mrs. Isacson's wishes were to be cremated. Stevens Funeral is in charge of arrangements. You may log on to stevensfuneralhome.net for the online registry.

The family of Beverly Ferfecki Slaby Isacson created this Life Tributes page to make it easy to share your memories.

Send flowers to the Isacson family.